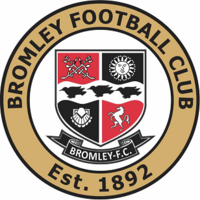 Bromley claimed their first ever FA Trophy after beating Wrexham 1-0 courtesy of a 64th minute Michael Cheek strike in a nervy Wembley encounter.

The first-half was a largely forgettable encounter with both sides lacking in any real cutting edge in the final third.

However, the game sparked into life after the interval when both Ali Al-Hamadi and Michael Cheek had strong efforts within a minute of each other which were well saved by Wrexham keeper Christian Dibble.

Wrexham then thought they had taken the lead just before the hour mark when Paul Mullin curled a shot from a tight angle into the side netting.

Minutes later, Bromley broke the deadlock as the ever-impressive Corey Whitely squared the ball to Cheek to fire home.

With fifteen minutes to go Wrexham began to turn the screw and after some one touch football, Jordan Davies squared an inviting ball across goal which no-one could tap in.

And in stoppage time, a Ben Tozer long throw was hurled into the box with Jake Hyde’s point blank header seemingly destined for the back of the net, only to be denied by an incredible Ellery Balcombe save.

The Wrexham fans drowned out the English national anthem with boos which lacked class – whether you agree with the monarchy or not.

Did the stop-start nature of the game play into Bromley’s hands?

Corey Whitely – the forward was the only livewire in the opening 45 minutes and brought the same intensity into the second-half with the all important assist.

AND THE REFEREE HAS BLOWN THE WHISTLE AND BROMLEY ARE FA TROPHY CHAMPIONS!!! pic.twitter.com/AtZPy1Y9XM

Thomas Bramall (South Yorkshire) – the official wasn’t at the centre of too much controversy and did well to stop play for a number of injury scares both on and off the pitch.

The atmosphere was electric just before the match and while there were nerves in a tense affair, both sets of fans remained vocal throughout.

Bromley were worthy FA Trophy winners and took their chance at the crucial time while Wrexham were nervy and failed to live up to their big name tag.