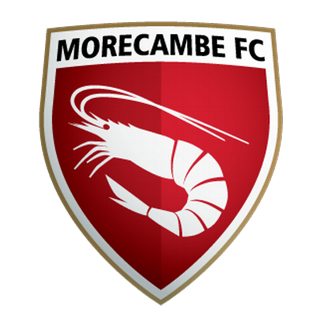 AFC Wimbledon failed to put some daylight between them and the League One relegation zone as they drew 0-0 with fellow strugglers Morecambe at Plough Lane.

Jack Rudoni could have given the Dons a perfect start inside the opening two minutes but the midfielder was unable to direct his header from an excellent Paul Osew cross.

At the other end, Ben Heneghan’s expertly timed last-ditch tackle denied Morecambe’s Cole Stockton as the forward looked to pull the trigger with the goal at his mercy.

The second-half continued to see Wimbledon dominate without taking their chances as Morecambe keeper Trevor Carson pulled off an excellent save to deny Ollie Palmer from Will Nightingale’s cross.

And as the game entered the final 20 minutes, Ayoub Assal almost scored a wonder goal as his curled effort from a tight angle came off the bar and away from danger.

But in a game short of any real goal scoring chances, a share of the points was the fairest result – leaving Wimbledon two points ahead of Morecambe just about the drop zone.

Despite dominating for large periods, Wimbledon were wasteful in front of goal – only three efforts on target from 15 shots tells the story of the game, and the Dons’ season so far.

The Dons have bags of energy in midfield with Ayoub Assal, Jack Rudoni and Luke McCormick but what is the point if there is no lethal focal point to take advantage of all their efforts?

Ben Heneghan – the Dons will be thankful to the central defender for his excellently timed challenge to stop Cole Stockton netting for the visitors.

Better 2nd half today but not really created many chances. Subs seemed a bit late to make an impact and starting line up seems too fixed. Long way to go but hard not to be concerned #afcw

Ben Speedie (Merseyside) – would have been easy to blow for every hard tackle in a scrappy affair but to his credit let the game flow.

Wimbledon needed their fans to back them from the first whistle to the last in this big relegation clash – and the supporters did just that.

Wimbledon will be kicking themselves for not converting chances into goals and taking the opportunity to move five points clear of the relegation zone.