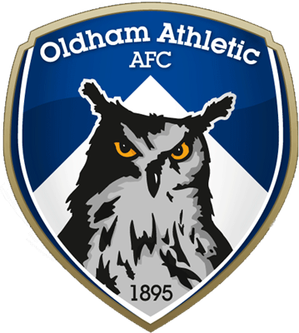 Leyton Orient made it three wins on the trot with a clinical 2-1 victory over Oldham Athletic at Brisbane Road.

First-half Orient goals from Conor Wilkinson and Dan Kemp were both assisted by woeful Oldham defensive play but that was to take nothing away from the quality of both strikes.

Wilkinson opened the scoring in the eighth minute, lashing home from a tight angle into the roof of the net after pouncing on an underhit pass by Harry Clarke.

Dan Kemp then doubled the lead moments before half time after Nicky Adams needlessly played a ball across the 18 yard box that Kemp intercepted and curled home beautifully.

In between the goals Oldham Athletic threatened through Conor McAleny when the striker smashed a 25 yard effort against the right hand post.

The Latics did halve the deficit just past the hour mark when Alfie McCalmont rifled home before Davis Kellor-Dunn fired over with 20 minutes remaining.

At the other end substitute Jobi McAnuff forced a fine save from Laurie Walker and although Oldham’s Carl Piergianni headed wide late on, Orient held on to move four points shy of the Play-Off places.

With the game in the balance, Dan Kemp’s exquisite finish moments before half-time gave the O’s a two goal cushion to protect.

Ross Embleton may have been moved on but Orient are still wedded to a 4-2-3-1 formation which at times looked uncomfortable but did not herald a change in shape or personnel until the hour mark.

That’s five unbeaten and three wins in a row for the O’s – at what point does Jobi McAnuff become permanent manager? Whisper it quietly but they are still in the Play-Off hunt as well.

Dan Kemp  – an industrious player in the hole behind Danny Johnson, the attacking threat that did come from the O’s largely emanated from his contribution.

Good result had me nervous towards the end! 6 shots on target today!! Heading in the right directions! Come on!! @OrientOutlook #LOFC

Darren Drysdale (Lincolnshire) – largely innocuous throughout, he let the game flow and never made a wrong call.

Orient are in a good vein of form and this reflected in a game played out amongst an air of expectation.

For the first time in 13 games, Leyton Orient scored more than one goal. It may not have been a dominating performance but the O’s took their chances and with nine games to go there is still a faint whiff of a Play-Off push.