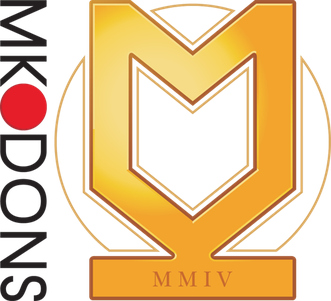 Barnet are out of the FA Cup after narrowly losing 1-0 to League One side MK Dons at the Hive.

The Bees immediately started on the front foot with Ephron Mason-Clark pouncing on a loose ball and seeing his shot saved by MK Dons’ keeper Lee Nicholls inside the first 10 seconds.

Barnet dominated the opening 15 minutes before MK Dons slowly began to grow into the game and nearly took the lead in the 31st minute as Regan Poole’s effort hit the underside of the bar.

MK continued to turn the screw after the interval but were unable to find a clinical edge before substitutes Cameron Jerome and Scott Fraser combined for the former to put them ahead in the 82nd minute.

Barnet went in search of an equaliser but Mason-Clark’s bicycle kick went wide and Ben Nugent opted to pass instead of take a shot when well placed late on.

MK Dons’ second-half introduction of Cameron Jerome and Scott Fraser proved a masterstroke as both combined for the winning goal.

Against league opposition, Barnet really had to be more clinical in front of goal with the few chances that came their way.

Barnet only started pressing higher and passing quicker after they conceded – should they have started this approach sooner?

Ben Nugent – confident and assured in defence, heading everything clear and looked effective when put up front late on to try to find an equaliser.

Any chance we could play more like this in league games? #barnetfc

Ben Toner (Lancashire) – the official had a decent performance, letting a lot go for both sides.

The lack of fans in attendance meant the inappropriate language from the dug-outs was so audible the BBC were forced to put out an apology on their stream with the MK assistant the main culprit.

A promising performance from Barnet which they will be able to take plenty of positives from as they turn their attention back to the National League.