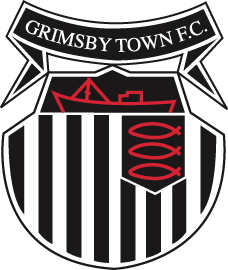 Connor Wilkinson’s fifth minute opener gave the O’s the perfect platform they failed to build on, allowing Grimsby back into the game through their own ponderous play.

The visitors drew level in the 22nd minute after an unmarked Luke Waterfall headed home from a corner before Ruel Sotiriou was caught in possession 10 minutes later with the ball eventually running to George Williams to make it 2-1.

The O’s exerted better control after the interval with substitute Jordan Maguire-Drew levelling the score, expertly beating his man before cutting in and finishing beyond James Mckeown.

However Grimsby weren’t done either and after Mattie Pollock saw an effort hit the frame of the goal for a second time in the match, a barnstorming James Morton run was ended illegally in the penalty area.

Montel Gibson stepped up to make it 3-2 from the resultant spot-kick before a Danny Johnson penalty appeal for handball was frustratingly waved away in what was to be the last kick of the game.

A late Danny Johnson effort which struck the hand of a Grimsby defender was somehow seen by everyone in ground but inexplicably not by the referee.

Leyton Orient always look a better side with Jobi McAnuff on the field but just how long can they rely on a 38-year-old to control proceedings?

Harry Clifton – an industrious display by the Grimsby winger, threatening going forward but also carrying out his defensive duties well.

Gutting after a great 2nd half. We need to start playing football for more than 45mims. Giving ourselves again far too much to do. Jobi made a massive difference. But yet again we are making to many errors @OrientOutlook #LOFC

Tom Nield (West Yorkshire) – a poor first-half showing incensed both sides but he outdid himself in the second period by missing a blatant penalty for Leyton Orient.

A chilly early evening kick-off meant fewer Orient fans in the adjoining flats were willing to brave the elements and cheer the home side on.

An unfortunate defeat but ultimately this Leyton Orient side works hard without a cutting edge while constantly looking as if they are going to be punished at the back.

This website uses cookies to improve your experience while you navigate through the website. Out of these, the cookies that are categorized as necessary are stored on your browser as they are essential for the working of basic functionalities of the website. We also use third-party cookies that help us analyze and understand how you use this website. These cookies will be stored in your browser only with your consent. You also have the option to opt-out of these cookies. But opting out of some of these cookies may affect your browsing experience.
Necessary Always Enabled

Any cookies that may not be particularly necessary for the website to function and is used specifically to collect user personal data via analytics, ads, other embedded contents are termed as non-necessary cookies. It is mandatory to procure user consent prior to running these cookies on your website.